If you at an earlier point have opted in for this type of cookies, either at our website or at any other website, you will likely have third party cookies in your browser that is being used to track your browsing behaviour. The following is a list of the third parties we collaborate with and a link to where you can opt opt of their personalised marketing programmes that we and other advertisers are using.

Request Free Quotes and Compare Coffee Machine Prices
Get up to 4 quotes - right here! Coffee Machines - Get 4 quotes from the leading market suppliers!
Fill in the form in just 1 minute

6 Reasons Why You Should Improve Your Office Coffee Today

It is rare nowadays to see offices that don’t have coffee machines. Several studies have even shown that drinking coffee is one of the most important parts of the work day, and an impressive amount of people claim they could simply not live without it. According to a survey conducted by Staples, 84% of workers drink coffee every day and feel like their day has not started until they have had their first cup. However, having a coffee machine in the office is not always enough. There are several reasons why it is important for workplaces to offer not just coffee, but good coffee.

1. Good Coffee Is an Important and Inexpensive Office Perk

Free coffee may not be the most valuable benefit an employer can offer, but having a coffee vending machine contributes to a good office culture and a positive work environment. Of course, a coffee machine alone is not going to attract or retain workers, and it will not improve your employees’ happiness without other measures. However, it is hard to imagine a great workplace with happy employees that does not have good coffee.

According to a survey conducted by Staples, one in four workers would give up their vacation to keep their daily cup of coffee and, interestingly enough, one third of respondents claimed they would rather run down a busy street completely naked instead of giving up coffee for a year!

The fact that treating your employees to a nice cup of coffee is a small gesture doesn’t mean it’s not an essential one, as it makes people feel cared for and increases the levels of satisfaction in the workplace. In fact, according to NCDT data, over 50% of workers who drink coffee at the office are not satisfied with their office coffee service situation.

2. Drinking Coffee Can Boost Your Productivity

Coffee is no magic potion, but caffeine is the most widely used psychoactive drug, and it affects your brain in several ways. 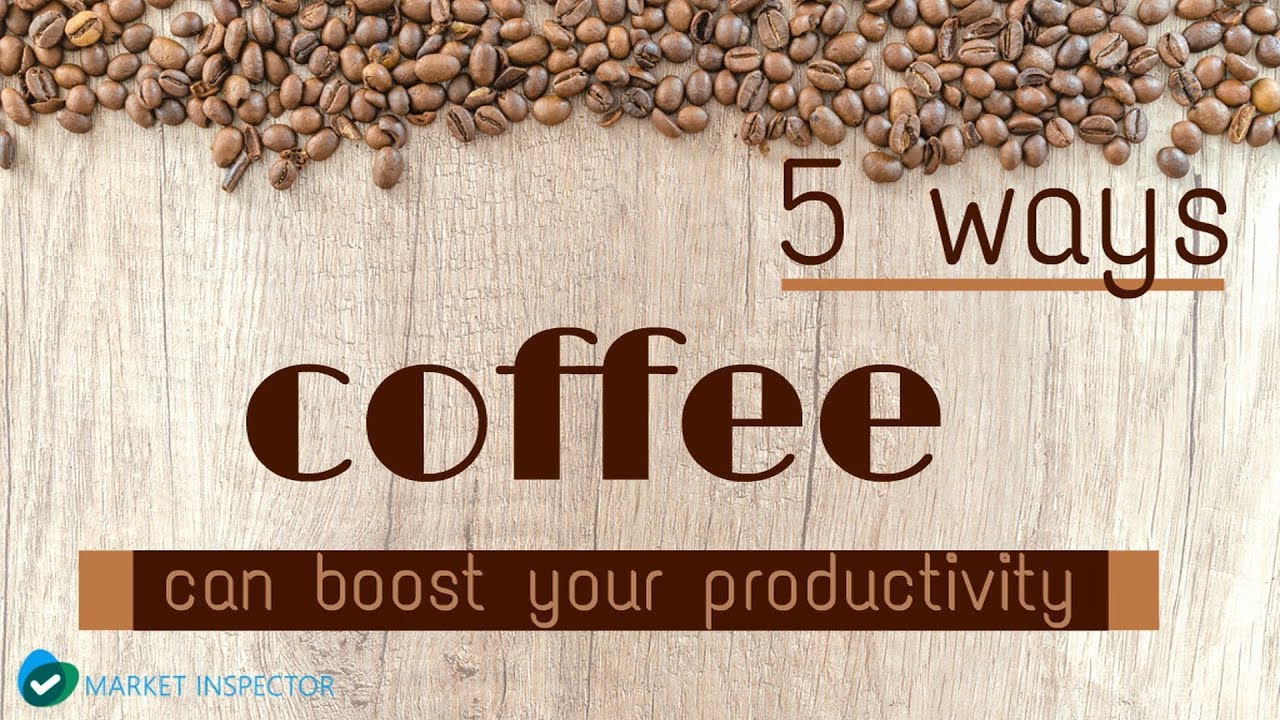 The most commonly known effect of caffeine - and the most useful for sleep deprived office workers - is its ability to keep you alert. We all know that coffee makes us feel better and less sleepy, but how this actually works is a mystery to some.

As the video illustrates, caffeine acts on the brain in two main ways: it increases dopamine levels and it blocks adenosine receptors. Dopamine is commonly referred to as the “feel-good” neurotransmitter because it is responsible for feeling pleasure and other positive feelings. On the other hand, adenosine receptors are responsible for making us feel tired and sleepy. Caffeine molecules have a similar structure as adenosine and when it locks these receptors, it “tricks” them into thinking that we’ve had enough sleep.

The lesser-known benefits of coffee include increased memory and recollection: a study conducted by a group of researchers from John Hopkins University showed that caffeine enhances memory consolidation for up to 24 hours after consumption. This means that if you drink coffee right after learning something, you will remember it more clearly the next day.

Another study by Norwegian scientists concluded that drinking coffee can help ease pain associated with desk work. In fact, the subjects who drank coffee before performing office tasks registered significantly lower pain levels in the neck, back, wrists and arms.

3. Coffee Breaks Are Essential for a Healthy Workplace

Although multiple health benefits have been recognised in the past few years, many would say that the greatest benefit of drinking coffee is a social one. A Danish researcher conducted a study on how coffee breaks help workers cope with workplace stress. The study concluded that the ability to gather in front of a coffee machine helped overworked employees form 'coping communities', which greatly helped them cope with stress.

In 2017, for the first time since the National Coffee Association (USA) started collecting data about coffee 68 years ago, the consumption of drip coffee has declined to only half of all coffee drinkers. At the same time, the daily consumption of espresso based drinks has nearly tripled since 2008.

The reason behind this change in habits is probably due to the generational differences within the workforce: the younger workers are the so-called millennials, and their consumption habits are very different from the previous generation. This also goes for coffee consumption. In fact, consumption of gourmet coffee drinks rose from 13% to 36% among 18-24 year olds, and from 19% to 41% among 25-39 year olds. The numbers for espresso-based beverages alone, rose from 9% to 22% for the 18-24 group and 8% to 29% for those 25-39.

The new generation’s focus on innovation and specialty coffee is driving a huge change in coffee trends, and we can only expect this to grow in 2018. Luckily, the market for coffee machines offers from various suppliers, and there is an option for every taste.

Despite what was believed a few years ago, coffee is not bad for your health. Studies have actually found that a moderate consumption of coffee can be part of a healthy diet. Moreover, coffee drinking has been linked to a variety of health benefits and reduced risks for a number of diseases, including cancer, diabetes, Parkinson and Alzheimer. According to another study, drinking two or more cups of coffee every day helps against liver diseases.

However, like most stimulants caffeine is dose dependant, therefore you have to pay attention to the amount of coffee you consume on a daily basis.

Avoid drinking coffee in the morning, especially on an empty stomach. This is because it stimulates hydrochloric acid which is normally produced to digest foods. Drinking coffee without food will make it more difficult for you to digest larger meals later in the day.

Additionally, try to avoid drinking a second cup of coffee immediately after your first cup. This will help you spread your caffeine intake over time allows you to concentrate for a longer period of time. It will also help you avoid being overly stimulated, resulting in a caffeine crash. Avoiding too much coffee can provide you with the necessary energy and boost your focus.

Last but not least, sustainability is a very good reason to upgrade your coffee service at the office. The consumption of coffee has often been associated with issues of economic, environmental and social sustainability. Choosing better coffee and coffee makers does not only mean getting a better quality of coffee and a better taste, but also helping the environment and keeping the trade of coffee fairer.

There are many reasons why having a good coffee machine is beneficial for the office, so you might want to splurge on this simple office perk. Offering quality coffee to your employees will improve their work life and their productivity, and it will be a much appreciated addition to your office space.

1
Request Quotes Describe your requirements for the product in our form.
2
Match We will match your request with suitable suppliers.
3
Receive Quotes You will receive up to four quotes tailored to your needs.

We strive to connect our customers with the right product and supplier. Would you like to be part of Market Inspector?